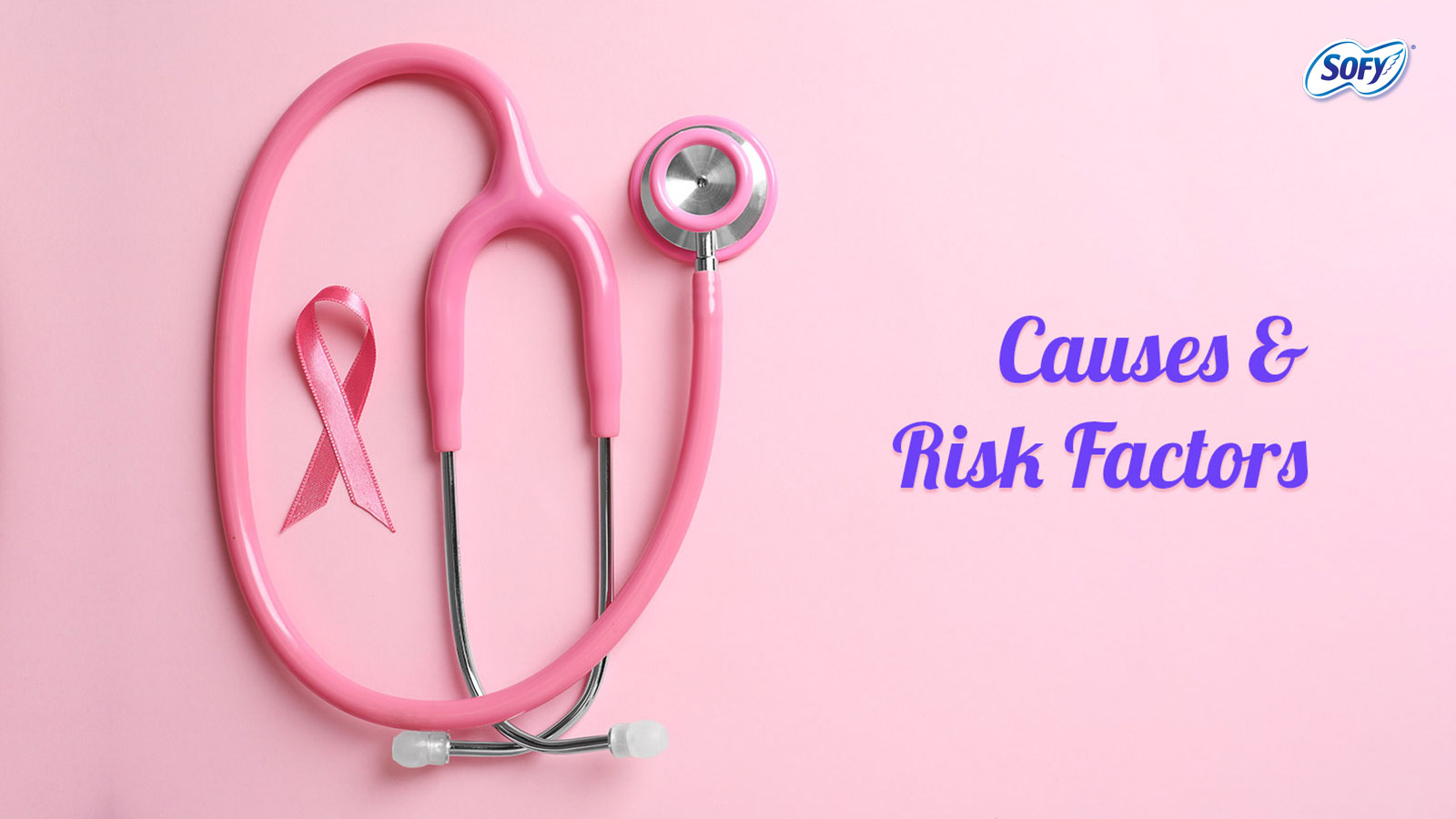 What Are The Causes & Risk Factors For Breast Cancer?

So, after breast cancer 101 i.e. what is breast cancer, it’s symptoms and the various types and stages; it’s time to uncover the causes and risk factors.

You know how people say don’t indulge in unhealthy things, maintain a healthy lifestyle and so on? Especially in today’s world where we’ve made technological advancements in leaps and bounds but have also contributed towards ever increasing pollution in the air, water and soil of our ecosystem. The number of cases of different kinds of cancer have grown rapidly in the past 50 years. And honestly? It is incredibly important to maintain our health and that of our surroundings.

In recent years researchers have identified hormonal, lifestyle and environmental factors that can increase one’s chances and risk of breast cancer. But, it is still not  clear as to why some people who have no risk factors develop cancer, yet other people who do have risk factors never do.

It is believed and quite possibly true that breast cancer or any cancer is caused by a complex interaction between one’s genetic makeup and their environment.

What do we mean by genetic make up? Can Breast cancer be Inherited?

While the precise causes of breast cancer are still unclear, there are certain aspects that pose as the main risk factors. Of which being a woman, being old and having a history of breast cancer in the family are at the top.

If one already has a family history of cancer, it is an indicator or rather risk factor when it comes to evaluating that person’s chances of developing breast cancer as well. In fact, doctors have estimated that about 5-10 % of breast cancer cases are linked to the respective individual’s gene mutations that have been passed through different generations of that individual’s family.

In fact the risk goes up for women with certain types of benign breast lumps and for women who have had ovarian cancer. And if someone has had breast cancer in the past, then they can get it again.

Did you know that In the 1940s, the lifetime risk of a woman developing breast cancer was 5%? In recent years that risk has grown to about 12%! More importantly, in almost half of the breast cancer cases, the woman affected has no known risk factors or markers of breast cancer. Which is why it is incredibly important to know everything there is to know about this illness, because it is always better to know than to not.

So, what are these risk factors?

Having A History Of Breast Cancer

If you have been previously diagnosed with an invasive form of breast cancer like Ductal Carcinoma, DCIS in one breast, then your chances of developing a new breast cancer are 3-4 times more strong. The kicker? The new breast cancer may or may not be similar to the one you’ve had previously and could be a whole other type and it could happen in the same breast as the previous cancer or in the other breast that was unaffected.

Having A Personal History Of Breast Conditions

If an individual has a previous history of breast conditions like a breast biopsy that found lobular carcinoma in situ (LCIS), an uncommon condition in which abnormal cells form in the milk glands (lobules) in the breast or atypical hyperplasia of the breast, a precancerous condition that affects cells in the breast, then that individual has an increased risk of developing breast cancer. Both of the above mentioned conditions are not cancers, they are the markers of developing cancer later in life.

Certain gene mutations that increase the risk of breast cancer can be passed from parents to children. The most well-known gene mutations are referred to as BRCA1 and BRCA2. These genes can greatly increase your risk of developing breast cancer as well as other cancers. But it is not an actual fact or surety that one will develop cancer.

If you’ve been exposed to radiation or received radiation treatments to your chest as a child or young adult, your risk of developing breast cancer increases.

Being obese can increase your risk and chances of developing breast cancer.