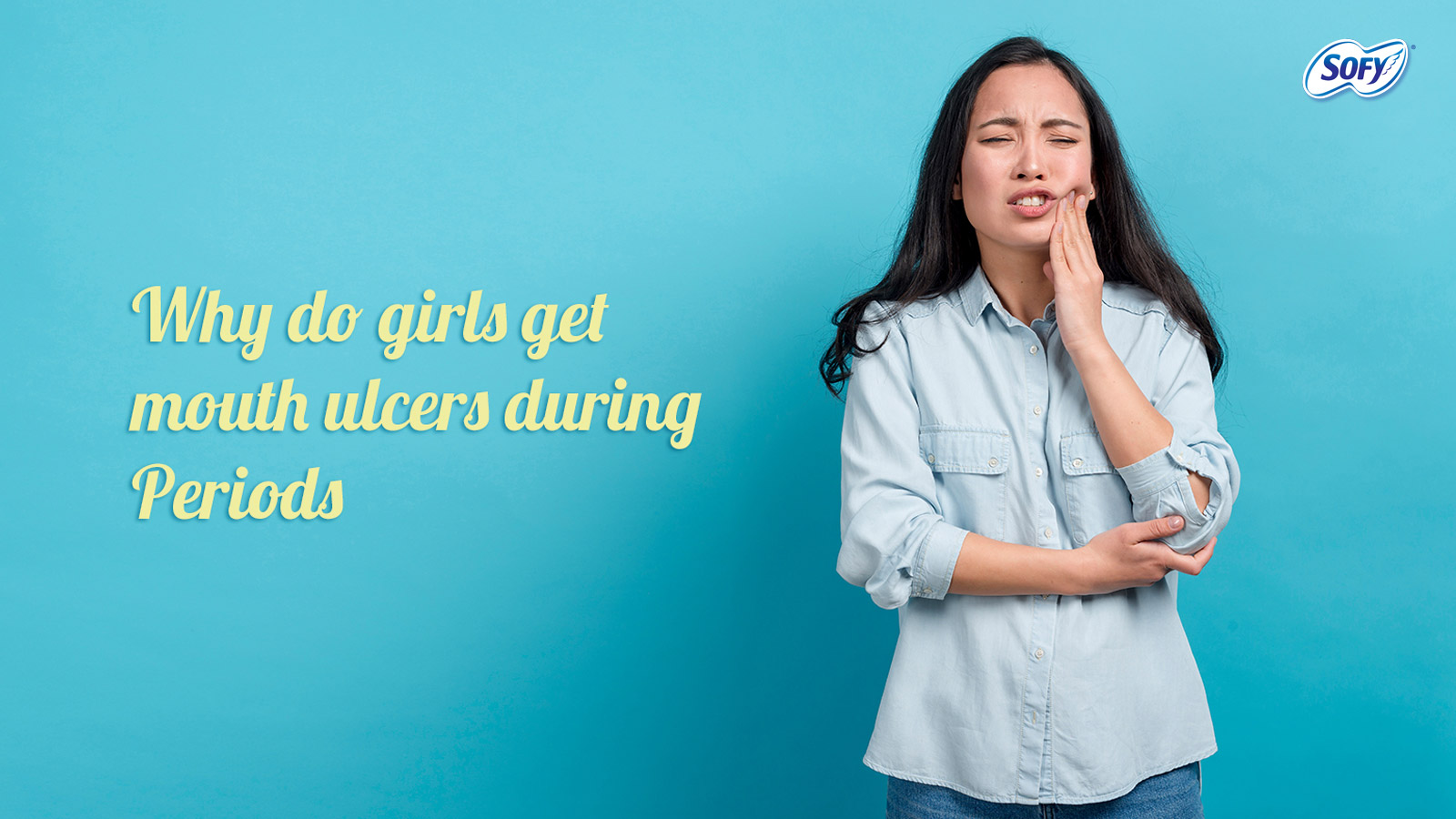 Why do girls get mouth ulcers during Periods?

We all know a few girls who must be experiencing mouth-ulcers every time before and during menstruation — the reason behind which is fluctuation of hormones. The two main hormones that are known to have affected the oral health of girls and women are — estrogen, progesterone and testosterone. As a fact, there is a great effect on the oral health of girls and women during the phase of menstruation. Hormonal changes are known to activate certain dental problems like puffy gums, dry mouth, etc.

Developing gingivitis three-four days before the periods are about to begin is also common.  Gingivitis is characterised by redness, swelling of the gums and sores. The problem of gingivitis is temporary and usually ends when the periods are about to start. Developing a bad breath during periods because of lesser saliva in the mouth is also condition experienced during and before period. A dry mouth also gives an unpleasant experience while periods and the bad breath comes from the oral bacteria which give out an odour when the mouth is dry.

It is believed that high levels of progesterone make the oral mucosal tissue swell, triggers the growth of harmful bacteria and affects the immune function. The production of collagen also gets hampered which reduces the tissue’s ability to repair itself.

Immoderate levels of estrogen are linked with faster metabolism rate and loss of the mineral folate — which is important for maintaining healthier oral tissues. On the other hand, a low level of estrogen can cause osteoporosis in the jaw — which can even lead to other dental issues in the future.

Certain studies also claim that hormonal fluctuations can also lead to oral herpes — a condition in which there are sores on the lips, gums, tongue, etc. High dose birth control pills are also considered to have increased the chances of developing ulcers and gingivitis during periods.

To treat the problem of ulcers, one should use a soft toothbrush, eat soft foods and eat a healthy diet. One can also consult a dentist if oral health is not getting better.